Championing LGBTQ issues in education since 1990.

At GLSEN, we want every student, in every school, to be valued and treated with respect, regardless of their sexual orientation, gender identity or gender expression. We believe that all students deserve a safe and inclusive school environment where they can learn and grow. We accomplish our goals by working in hallways across the country -- from Congress and the Department of Education to schools and district offices in your community -- to improve school climate and champion LGBT issues in K-12 education. Every day GLSEN works to ensure that LGBTQ students are able to learn and grow in a school environment free from bullying and harassment. Together, we can transform our nation’s K-12 schools into the safe and affirming environment all youth deserve.

All students deserve safe and welcoming learning environments, but the majority of LGBTQ middle and high school students today do not feel safe in school because of their sexual orientation or gender identity. From our 2017 National School Climate Survey: • 87.3% of LGBTQ students experienced harassment or assault based on personal characteristics, including sexual orientation, gender expression, or gender. • LGBTQ students who experienced victimization because of their sexual orientation were more likely to miss school (63.3%). • There has been an upward trend from 2013 to 2017 in the frequency of school staff making negative remarks about gender expression. • There has been a steady increase of negative remarks about transgender people between 2013 and 2017. • For the first time in ten years, the decreasing frequency of LGBTQ students hearing anti-LGBTQ remarks has leveled off and experienced no change since 2015.

GLSEN’s Day of Silence is a student-led national event where folks take a vow of silence to highlight the silencing and erasure of LGBTQ people at school.

GLSEN's Day of Silence is one element of a larger effort to create safe and inclusive schools for all students, regardless of sexual orientation, gender identity, and gender expression.

GLSEN's Ally Week is a student-powered program where LGBTQ K-12 students and LGBTQ educators lead the conversation on what they need from their allies in school.

GLSEN’s No Name-Calling Week is a week organized by K-12 educators and students to end name-calling and bullying in schools.

Bullying and harassment are the norm for far too many LGBTQ youth. But the presence of a supportive educator is proven to make a difference.

GLSEN’s Safe Space Kit comes with resources to help educators create safe, more inclusive learning environments for LGBTQ students. With a Safe Space Kit schools have access to our 42-page guide filled with concrete strategies, and an informative poster and stickers that help students identify supportive educators in their school.

Spearheading our efforts to encourage youth leadership internally and across the country, each year, GLSEN selects outstanding LGBGTQ students from across the country to form our National Student Council. This GLSEN-sponsored youth leadership and engagement program supports student members as they dedicate their time, passion, and commitment to our mission for safer schools while also elevating the voices of marginalized groups within the LGBTQ community, including youth of color, rural, transgender, and gender nonconforming youth. National Student Council members advise GLSEN programming and campaigns, offer valuable insight to GLSEN’s staff and Board of Directors, and share their stories in popular media and policymakers. They are the experts regarding their experiences and their insights bring depth and breadth to GLSEN’s student work.

In addition to this, GLSEN is on a misson to register 10,000 GSAs during the 2018-2019 school year. We know, from our National Scool Climate Survey (first-of-its-kind research) that students involved in GSAs are more than twice as likely to describe their classmates as accepting (54.7 vs 28.3), less likely to feel unsafe at school (51.7 vs 67.3), and are less likely to miss school because of safety concerns (28.7 vs 41.8).

LGBTQ thrive when given an opportunity to lead with expertise in their own experiences. 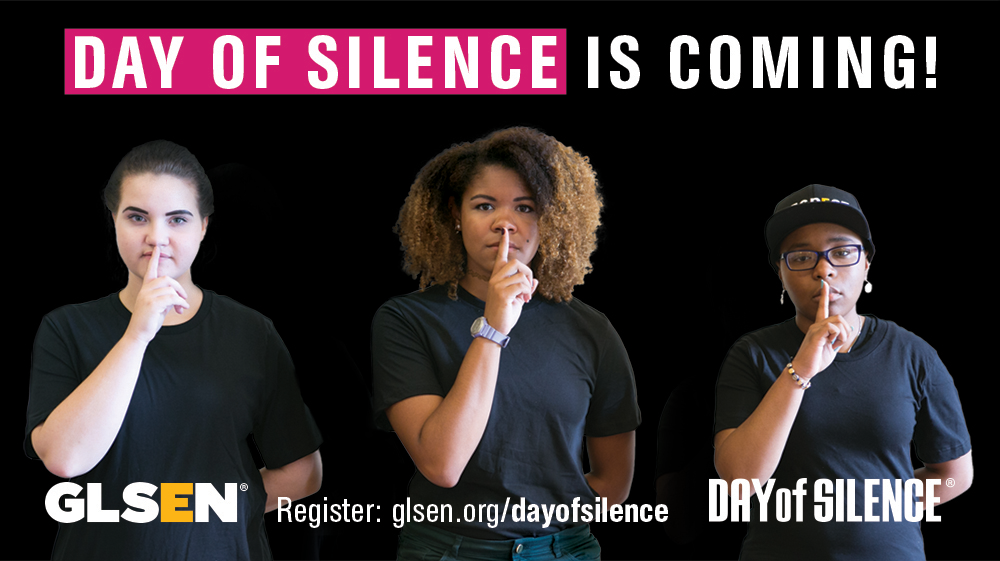 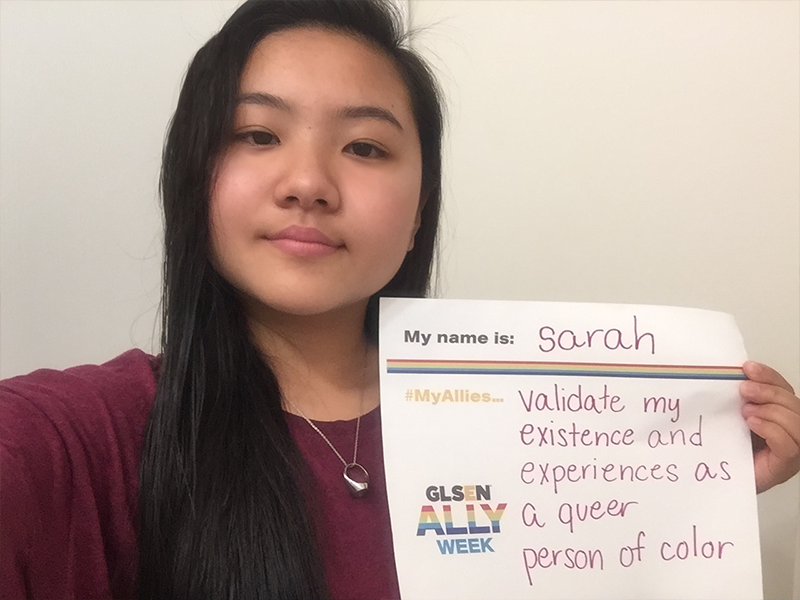 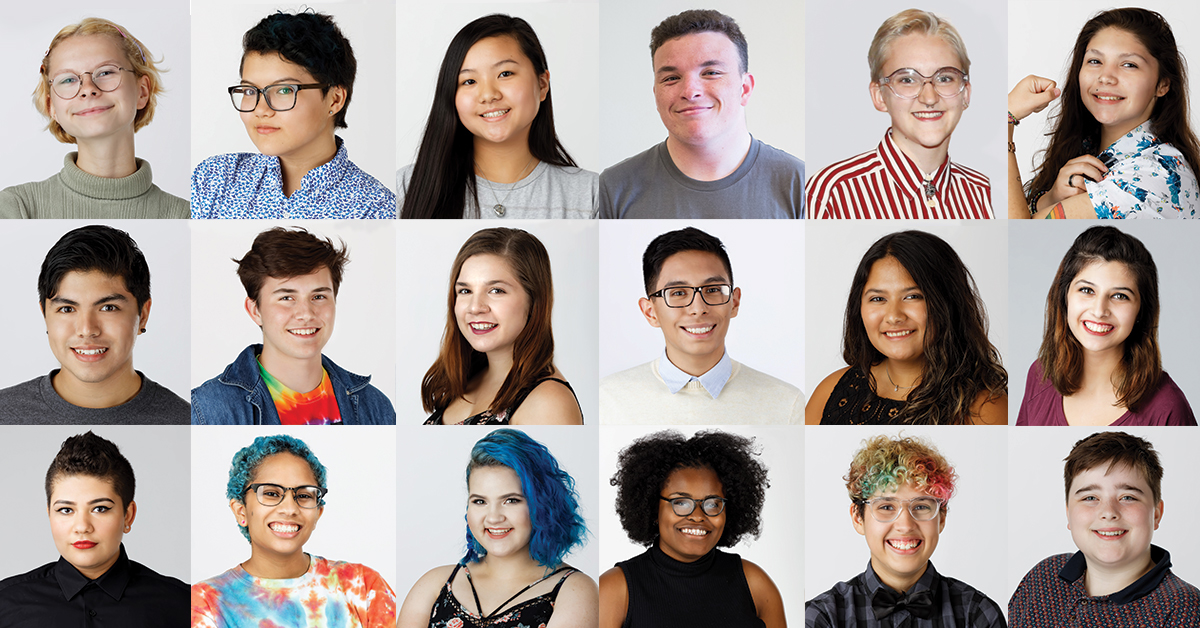 Following more than twenty years of our extensive, first-of-its-kind research, we know that the majority (59.5%) of lesbian, gay, bisexual, transgender, and questioning (LGBTQ) youth feel unsafe at school because of the bullying, harassing, or negative policy they must navigate. Our programs transform school systems by helping others implement research-proven interventions that ensure that all students have access to an education in a safe, inclusive environment, free from harassment and discrimination – this work helps to improve education experiences and life outcomes for our children. What’s good for our most vulnerable students, and that includes LGBTQ students that are Black or African American, Hispanic or Latinx, Native American, Arab, Pacific Islander, immigrant, disabled, low-income, or otherwise disadvantaged, is good for all students – we know that everyone benefits from a safer school environment and that every child deserves it.

GLSEN’s research shows the best student outcomes occur in schools where the following four key supports are in place. It is our goal to ensure all four of these supports are present at every K-12 school in America.

These supports translate into real change for students:

GLSEN advocates for and provides good guidance toward LGBTQ-inclusive policy at the federal, state, and local levels; offers training and resources for educators across the country; provides LGBTQ-inclusive curriculum and supports; and helps foster student leadership opportunities via student-led clubs like Gender-Sexuality Alliances, GLSEN SHINE teams, and our National Student Council and National Advisory Council, and leads more than one million in our Days of Action including Day of Silence, No Name Calling Week, and Ally Week.

GLSEN (pronounced "glisten") was founded in 1990 by a small, but dedicated group of teachers in Massachusetts who came together to improve an education system that too frequently allows its lesbian, gay, bisexual, transgender, queer and questioning (LGBTQ) students to be bullied, discriminated against, or fall through the cracks.

Over 25 years later, that small group has grown into the leading national education organization focused on ensuring safe and affirming schools for LGBTQ students.

We accomplish our goals by working in hallways across the country -- from Congress and the Department of Education to schools and district offices in your community -- to improve school climate and champion LGBT issues in K-12 education.

• We conduct extensive and original research to inform our evidence-based solutions for K-12 education.
• We author developmentally appropriate resources for educators to use throughout their school community.
• We partner with decision makers to ensure that comprehensive and inclusive safe schools policies are considered, passed and implemented.
• We partner with dozens of national education organizations to leverage our shared expertise into creating great schools and better opportunities for every student.
• We empower students to affect change by supporting student-led efforts to positively impact their own schools and local communities.

Every day GLSEN works to ensure that LGBTQ students are able to learn and grow in a school environment free from bullying and harassment. Together, we can transform our nation’s K-12 schools into the safe and affirming environment all youth deserve.

• GLSEN (nee GLISTN), an all-volunteer organization, hosts its first conference at Concord Academy in Massachusetts in 1991
• The Governor’s Commission of Gay and Lesbian Youth (whose formation was spearheaded by GLSEN) released its report “Making Schools Safe for Gay and Lesbian Youth” in 1993 – the first report of its kind in the country. This led to a passage of a non-discrimination law in Massachusetts that protects students on the basis of sexual orientation
• GLSEN becomes a national non-profit organization and accredits Chapters in CO, CT, Greater Cincinnati, MA, and Northeast Ohio in 1995
• GLSEN’s first Executive Director, Kevin Jennings, meets with then-President Bill Clinton to discuss anti-LGBT bias in schools in 1997 – the first meeting of its kind in the Executive Office of the United States
• In 1999, GLSEN conducts the National School Climate Survey – the first-ever national study documenting the experience of LGBT youth in schools. This survey is a crucial tool in developing GLSEN’s strategic direction, trainings, and resources, as well as raising awareness on the issues affecting LGBT youth
o GLSEN, the American Academy of Pediatrics, and a coalition of national education, mental health, and religious organizations release “Just The Facts about Sexual Orientation and Youth: A Primer for Principals, Educators and School Personnel,” which provides authoritative statements about how so-called “conversion therapy” is harmful to youth, doesn’t work, and is unnecessary
• GLSEN becomes official sponsor of the Day of Silence in 2001. Participation grows from hundreds of college students to thousands of middle and high school youth
• 2003 – GLSEN launches the Jump-Start National Student Leadership program. U.S. Representative Linda Sanchez introduces the Safe Schools Improvement Act, an LGBT-inclusive federal anti-bullying bill that includes protections for sexual orientation and gender identity/expression
• In 2010, Executive Director Eliza Byard participates in the first-ever United Nations international consultation to address anti-LGBT bullying in schools
• In 2012, A Guidestar/Philanthropedia survey of 110 experts on LGBT issues names GLSEN one of the country’s top three LGBT nonprofits making significant contributions on a national level
• In 2014, after years of advocacy from GLSEN and partners, the Centers for Disease Control makes sexual orientation items standard on their Youth Risk Behavior Survey, providing first-of-its-kind national government data on LGB students. In 2018, they add a question regarding transgender identity
• In 2015, GLSEN’s No Name-Calling Week generates nearly 1,000,000 impressions of #celebratekindness on Twitter.
• In 2018, fought to have school climate included as a condition for federal education funding in 27 states, distributed more than 250,000 resources to schools nationwide, supported 15,000 student clubs, trained more than 12,000 educators, and engaged over 100,000 student leaders

Board of directors
as of 12/05/2022
SOURCE: Self-reported by organization
Board chair