The Next Stage of Your Life

Brooklyn’s The American Opera Project (AOP) has been at the forefront of the contemporary opera movement for over thirty years through its commissioning, developing and producing of opera and music theatre projects; its training programs for students, emerging composers and librettists; and the organization’s community engagement. In 2019, General Director Matt Gray and Artistic Director Mila Henry assumed leadership, changing the organization’s name from American Opera Projects to The American Opera Project, signifying a shift from being a collection of works towards fostering a new vision for American Opera as a forward-thinking and unending artistic experiment that melds artistic genres and recognizes the operatic story in every life. 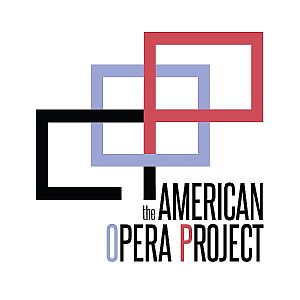 For over thirty years, AOP's "First Chance" series has provided artistic and financial support to creators of new operas and music-theatre with the goal of preparing their projects for a fully-produced world premiere - either at AOP or with AOP partners. Projects selected for First Chance development are given:

- strategic planning to identify the funding, resources, and partnerships that will bring the project to fruition;
- artistic planning to create a timeline and assemble the artists needed to realize the vision of the creators;
- a safe and vibrant home for risk and experimentation through creative workshops. AOP workshops range from the earliest brainstorming to libretto readings with professional actors to music workshops with professional singers and instrumentalists;
- honest, helpful, and respectful feedback at each stage of development.

AOP is recognized for its cross-genre experimentation in works such as the dance chamber opera Hagoromo starring Wendy Whelan (Davis/Pelsue, BAM, 2015) and Darkling (Weisman/Rabinowitz, 2006), an interdisciplinary work combining poetry, music and projection; stories of African-American history including The Summer King (Sonenberg/Nester/Campbell, Pittsburgh Opera, 2017) and Harriet Tubman: When I Crossed That Line to Freedom (Okoye, Irondale, 2014); and numerous groundbreaking works on LGBTQ themes like Paul’s Case (Spears/Walat, UrbanArias, 2015), Patience & Sarah (Kimper/Persons, Lincoln Center Festival, 1998), the first opera about a lesbian relationship, and As One (Kaminsky/Campbell/Reed, BAM, 2014), the first opera about a transgender person.

Recent AOP world premieres include Savage Winter (Pittsburgh Opera, 2018), The Echo Drift (PROTOTYPE Festival 2018), The Blind (co-production with Lincoln Center Festival, 2013) and As One, a chamber opera developed and premiered by AOP in 2014 at the Brooklyn Academy of Music that has since become the most produced opera written in the 21st Century with over two dozen separate productions.

Operas that were developed by AOP and premiered with partner organizations include The Summer King at Pittsburgh Opera (2017) and Michigan Opera Theatre (2018), Lucy and Independence Eve at Urban Arias (2017), The Scarlet Ibis at PROTOTYPE Festival (2015), Paul's Case at Urban Arias (2013) and PROTOTYPE Festival and Pittsburgh Opera (2014), Séance on a Wet Afternoon at New York City Opera (2011), Before Night Falls at Fort Worth Opera (2010) and Heart of Darkness at London's Royal Opera House (2011) and Opera Parallèle (2015).

Board of directors
as of 2/24/2020
SOURCE: Self-reported by organization
Board chair