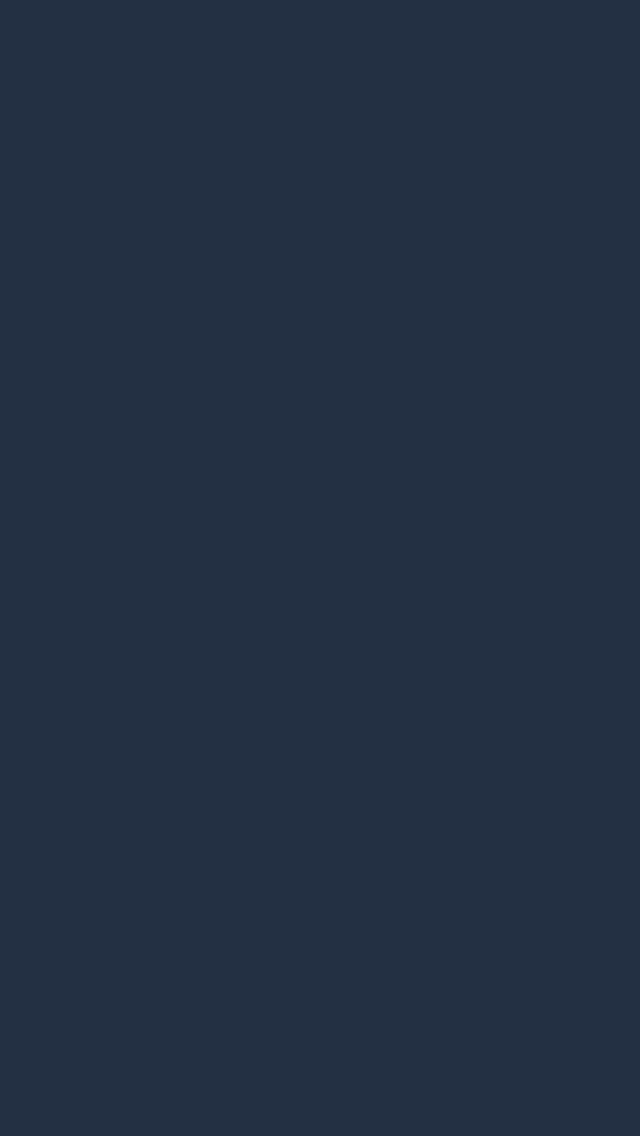 Founded in 1920, the American Civil Liberties Union (ACLU) is a nonprofit, nonpartisan, multi-issue, 1.5 million+ member public interest organization devoted to protecting the civil liberties of all people in the United States. Recognized as the nation's premier public interest law firm, the ACLU works daily in courts, legislatures, and communities to defend and preserve the freedoms guaranteed by the U.S. Constitution. The ACLU Foundation is the 501 (c)(3) arm of the organization.

Email contact available with a Pro subscription or Pro Report

The Roger Baldwin Foundation of the ACLU, Inc.

The ACLU seeks to defend and preserve the individual rights and liberties that the Constitution and laws of the United States guarantee everyone in this country.

Trone Center for Justice and Equality

The ACLU’s Trone Center for Justice and Equality focuses on reforming the U.S. criminal legal system, including racial bias, sentencing and other policies that have led the United States to incarcerate more people than any other country in the world; the treatment of prisoners; and the death penalty.

How does this organization measure their results? It's a hard question but an important one. These quantitative program results are self-reported by the organization, illustrating their committment to transparency, learning, and interest in helping the whole sector learn and grow.

Average number of dollars given by new donors

Input - describing resources we use

How will they know if they are making progress?

We seek to defend and expand Americans’ freedom to vote, protect free speech and privacy, ensure that LGBT people can live openly without discrimination and enjoy equal rights, expand and enforce the rights of immigrants, protect women’s right to determine whether and when they have a child, advance systemic reform in institutions that perpetuate discrimination against women, end mass incarceration and racism in the criminal legal system, end discrimination against people with disabilities, and hold the U.S. government accountable to universal human rights principles in addition to rights guaranteed by the U.S. Constitution.

The ACLU combines litigation with public education, traditional and social media, advocacy, and on- and off-line activism to effect change on the local, state, and national levels. In conjunction with our litigation, we: • make use of traditional and social media to tell stories of people impacted by civil liberties abuses to generate a shift in public opinion that will help drive policy reform. • mobilize and motivate supporters to advance and defend civil liberties online and on the streets. • make use of our 50+ state-based affiliates to conduct nationwide work and generate press; for example, filing “freedom of information act” requests in dozens of states on the same day, or pushing out Know Your Rights materials at state and local events. • with our allies, coordinate best litigation practices among the many partners who work in our areas of interest so that we can collectively build expertise, sharpen strategies, avoid making bad law, and affect the broadest, highest-impact reforms possible. • collect and disseminate data and reports on key civil liberties issues, such as family separation, the school-to-prison pipeline, debtors’ prisons, and growing incarceration rates of women to name a few.

Founded by a hand-full of visionary activists, today the ACLU’s strong leadership oversees a high-impact organization that encompasses 1.5 million members, 4 million online activists, 4.7 million social media followers, 550 national headquarters staff and staffed affiliate offices in all 50 states, the District of Columbia and Puerto Rico. Additionally, the national organization and our affiliate network are supported by thousands of volunteer litigators, giving the ACLU unsurpassed influence and clout. Our unique state-by-state infrastructure of affiliates enables us to respond immediately to urgent issues on the local, state, and national levels simultaneously. On any given day, we are engaged in an extraordinary amount of high-impact litigation, advocacy, and constituent mobilization. We’re typically litigating thousands of cases—lawsuits we pursue because of their importance to advancing or defending freedom. No other non-governmental organization participates in as many Supreme Court cases as the ACLU—typically 25 percent of the Court’s cases each term. In addition to this legal work, our top-notch lobbyists, organizers, and advocacy professionals, as well as millions of volunteers, help advance civil liberties in state legislatures and in Congress via thousands of bills each year—often in partnership with allies from across the ideological spectrum. And our cutting-edge digital and communications teams educate the public across all media channels while conducting public opinion research and developing new messaging that shifts people’s perspectives; for example, we injected phrases such as “Driving While Black” and “Vote Like Your Rights Depend On It” into the public lexicon. As such, the ACLU is always in the news, routinely generating buzz about complex issues the media would otherwise ignore. At the same time, we are comfortable working in the background if it advances our fundamental goal of protecting civil liberties and civil rights.

ACLU leadership regularly measures our progress to continue to improve our effectiveness as an organization. Toward that end, in 2018, the organization created a Data Insight and Analytics (DIA) department led by a Chief Analytics Officer and a team of quantitative and qualitative researchers. The analytics team produces quantitative metrics to enhance the ACLU’s litigation, fundraising, and advocacy efforts. On a weekly basis, the ACLU’s leadership team reviews Key Performance Indicator, including the amount and source of daily donation revenue, actions taken by supporters (protests sign-ups, event coordination, etc.), traditional media mentions and social media activity, and member retention metrics like email unsubscribes and donor churn. On a quarterly basis, the leadership team examines indicators such as the number of lawsuits that we litigate and longer-term trends in income and activism. The DIA team also conducts quantitative analyses of the impact of new efforts, including for example, voter education on civil liberties issues and our Get out the Vote strategies. Beyond these quantitative measures, on a yearly/semi-yearly basis, the ACLU strategic planning process includes an overall evaluation of each of our programs areas, including priorities and directions. Within each program, we evaluate progress towards the goals laid out in the previous year’s strategic planning process. Progress indicators here are broader in nature: Have we contributed to law and policy reform? What concrete wins have we achieved, and how can we and our allies make the most strategic use of our victories? Have we expanded our network of partners? These questions shape our continuously evolving agenda, promote our effectiveness, and help our leadership understand where to invest time and energy.

Voting Rights: We challenged the “poll tax” designed to prevent black Americans from voting decades before a constitutional amendment abolished the practice in 1964, the same year we won the Supreme Court ruling establishing the “one person, one vote” principal. And we continue to fight voter suppression initiatives and false narratives about voter fraud, for example winning a Supreme Court decision against the government’s effort to include a citizenship question on the 2020 Census. Immigrants’ Rights: The ACLU’s first exposé in 1920 spotlighted the government’s illegal crackdown on immigrants, and we challenged the internment of Japanese Americans during World War II. Today we’re fighting policies targeting asylum-seekers, helping to reunite thousands of families subjected to the government’s family-separation policy, and blocking the government from illegally diverting military funds to build a border wall. Free Speech & Privacy: Since the 1920s, the ACLU has been involved in virtually every landmark speech case to reach the Supreme Court. In protecting privacy, we filed the first challenges to the USA Patriot Act, challenged massive NSA surveillance, and in 2018 won a pivotal victory for privacy in the digital age when the Supreme Court ruled that police need a warrant to seize people’s sensitive location information stored by cellphone companies. LGBT Rights: We defended the play “The Children’s Hour” against censorship of its “lesbian content” in 1936 and 50 years later won a Supreme Court ruling establishing that gay people have the right to seek government protection from discrimination. In 2015, we won a landmark Supreme Court victory that affirmed same-sex couples’ constitutional right to marry. Now we’re fighting an anti-LGBT backlash to secure nondiscrimination protections for all LGBT people. Reproductive Freedom: We defended birth control pioneers in the 1920s, including winning a reversal of Mary Ware Dennett’s conviction for sending sex education information in the mail. In the 1960s and 1970s, we fought contraceptive bans and laid the groundwork for Roe v. Wade, and today our litigation serves as a critical backstop against almost nonstop efforts at the federal and state level to restrict abortion rights. Criminal Justice Reform: In the 1960s, the ACLU was key to two landmark Supreme Court decisions that guaranteed criminal defendants’ right to counsel and right to remain silent, respectively. Today we are immersed in a nationwide effort to challenge racism in the criminal legal system and end mass incarceration, securing major reform victories in recent years in high-incarceration states such as Alabama, Louisiana, and Oklahoma, among others.

GuideStar worked with BoardSource, the national leader in nonprofit board leadership and governance, to create this section, which enables organizations and donors to transparently share information about essential board leadership practices.

Does the board conduct a formal orientation for new board members and require all board members to sign a written agreement regarding their roles, responsibilities, and expectations?

Has the board conducted a formal, written assessment of the chief executive within the past year?

Have the board and senior staff reviewed the conflict-of-interest policy and completed and signed disclosure statements in the past year?

Does the board ensure an inclusive board member recruitment process that results in diversity of thought and leadership?

Has the board conducted a formal, written self-assessment of its performance within the past three years?

Who works and leads organizations that serve our diverse communities? This organization has voluntarily shared information to answer this important question and to support sector-wide learning. GuideStar partnered on this section with CHANGE Philanthropy and Equity in the Center.