The Association of Former Intelligence Officers (AFIO) aka Association For Intelligence Officers, is a non-profit, non-political, tax exempt 501(c)3 educational association, with a core membership of former professionals and current practitioners -- but open to U.S. citizens who subscribe to the goal of enhancing public understanding of the role and importance of intelligence for national security, counter-terrorism, to deal with threats in the contemporary world.
Through annual conferences and scores of media interviews, an active Speakers Bureau, Chapter programs, and printed and online publications [Intelligencer Journal, WINS - Weekly Intelligence Notes, and website at www.afio.com] the organization encourages a broad understanding of the complexities of intelligence, CI, and security issues. 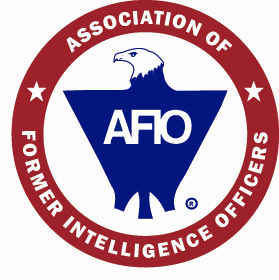 Board of directors
as of 1/24/2020
SOURCE: Self-reported by organization
Board chair