Founded in 1897, the Texas State Historical Association works to foster the appreciation, understanding, and teaching of the rich and unique history of Texas and, by example and through programs and activities, encourage and promote research, preservation, and publication of historical material affecting the state of Texas. The association's publications include the Southwestern Historical Quarterly, more than 150 scholarly books, the Texas Almanac, and the well-known Handbook of Texas Online. The online Handbook, the nation's preeminent state history encyclopedia and the largest open educational resource in Texas, attracts over 400,000 visitors per month from more than 200 countries and territories around the world.

Historical Societies and Related Activities (A80) 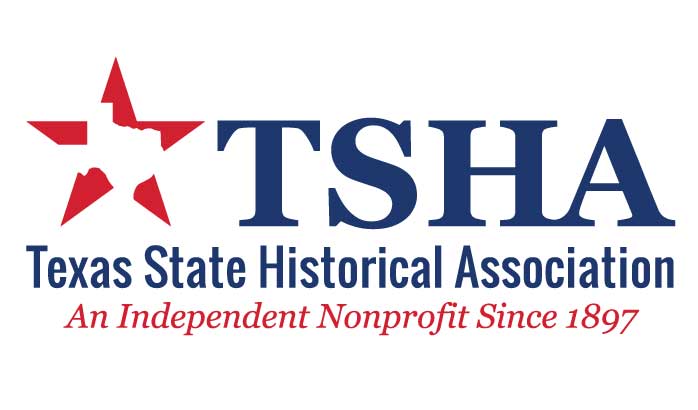 The Handbook of Texas is a digital state encyclopedia developed by the Texas State Historical Association (TSHA) that is free and accessible on the Internet for students, teachers, scholars, and the general public. The Handbook consists of overview, general, and biographical entries focused on the entire history of Texas from the indigenous Native Americans and the Prehistoric Era to the state’s diverse population and the Modern Age. These entries emphasize the role Texans played in state, national, and world history. The TSHA continuously expands the Handbook through multi-year spinoff projects that focus on diverse topics to preserve all Texans’ history. In 2016 the Handbook website experienced 10,454,137 page views with 4,657,707 unique users from 201 countries and territories, making it not only a Texas resource, but a global one.

The Handbook of Texas project began in 1939 as an effort led by University of Texas Professor Walter Prescott Webb to preserve Texas history and create “the most useful book that has ever been published in Texas.” Webb admitted that his goal might be “an impossible dream,” but his leadership facilitated the funding, staffing, and publication of the original two-volume Handbook in 1952 with a supplemental third volume in 1976. The University of Texas at Austin supported scholarship focused on Texas history and maintained a continuous relationship with the TSHA by providing office space and employing staff members as University faculty. In 1996 the six-volume Handbook included 23,640 entries and 687 illustrations within 6,945 pages. Leadership at the TSHA recognized the growth of personal computers and chose to bypass an interactive CD-ROM in favor of digitizing the entire Handbook for release on the Internet. The Handbook of Texas Online launched in February 1999 and was among the first digital encyclopedias accessible for free on the Internet to the general public.

The Handbook currently includes nearly 27,000 encyclopedic entries. These entries are written by volunteer historians and professionals, reviewed by TSHA staff, vetted by scholars, and approved by the TSHA Chief Historian before appearing online. The development of new entries is driven by current events, user suggestions, and internal identification of missing topics, which are reviewed by the Chief Historian for consideration. Existing entries are continuously revised or updated according to user suggestions and a routine revision schedule. Authors utilize secondary and primary sources such as books, census records, newspapers, military service records, obituaries, diaries, and letters to craft historically accurate entries. The sources are compiled into a bibliography and updated regularly to provide readers with the most current scholarship. The Handbook editors fact-check, copyedit, and format entries using appropriate language for users ranging from middle school to college.

The Handbook began as a printed reference resource without images, but the expansion to six volumes included the addition of photographs and other illustrations. The Handbook staff recognized the need to update the digital Handbook with appropriate media, such as images, videos, audio, and interactive maps. The staff now includes media with every new entry and has added media to the most viewed entries. As a result, the Handbook now includes thousands of images, hundreds of audio samples, and dozens of video clips from the TSHA Texas Talks webinars. The media captions identify the title, copyright owner, and location of the media, as well as link to the original source. The staff disabled the right-click feature within the Handbook website to limit reproduction of the images and encourage users to visit the participating digital repositories and archives for access and republication. The TSHA has compiled promotional eBooks composed of Handbook entries focused on a variety of topics including: African Americans, Civil War, Tejanos, Texas Revolution, Women, and Music in Texas. Furthermore, Handbook content facilitated the development of Texas Day By Day, a program that provides daily updates to users’ computers, tablets, and smartphones on notable people, places, and events Texas history.

After more than sixty years the Handbook project continues to promote scholarship and encourage the study of Texas history. The TSHA and Handbook staff collaborate with historical associations within Texas and across the United States to promote the study of state and local history. The Handbook project provides opportunities for graduate students, lay historians, scholars, and professors to preserve history by researching and authoring concise entries for educational purposes and the betterment of society. The Handbook entries are cited in thousands of books, articles, documentaries, and webpages such as Wikipedia, Legislative Reference Library of Texas, Find-a-Grave, and Ancestry. Professor Webb could not have possibly imagined the ways in which the Handbook has grown and changed over time, but he certainly would be pleased that the public demand for scholarship remains so strong. We strive to assure the Handbook remains accessible, inclusive, accurate, and meets current scholarly standards.

Board of directors
as of 01/04/2022
SOURCE: Self-reported by organization
Board chair

University of Texas at Austin