Africa is the heart of WildiZe Foundation?. We are dedicated to education and awareness towards sustainable conservation. We work directly with African communities and projects to understand from their perspective the inherent problems which exist, so that we may support them in creating their own successful solutions with respect towards gender, lifestyle, resources, habitat and wildlife. Working through existing resources including like-minded organizations, as well as starting up viable grassroots approaches through the WildiZe Grant process. As a result of this process, we ensure that 80-90% of public and private contributions reaches our Grantees, where it is intended to do the most good. Through our linked projects we help establish the donor's connection to a variety of individual, community, and wildlife programs. We make regular on site visits ensuring our donor's contributions have a direct impact in the conservation of critical wildlife habitat and sustainable community development. 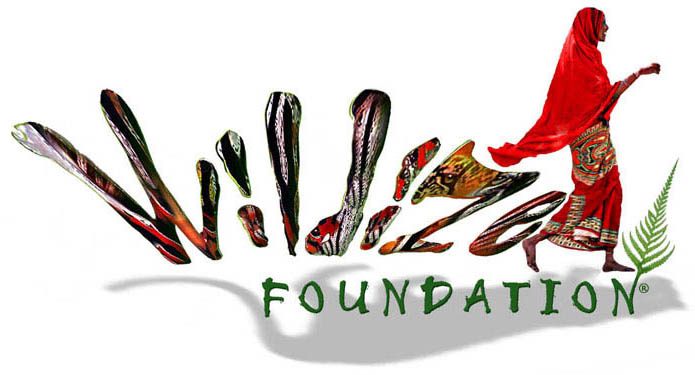 This organization is required to file an IRS Form 990-PF.

In order to combat these problems, the Wildize Foundation has begun a
Sub-Saharan Lion Conservation Project. This effort is being
coordinated through several on-the-ground projects we are currently
funding, along with new projects proposed and further envisioned. This
pan-African project is attempting to address the numerous underlying
causes for the Lion's decline and as much as possible includes local
community involvement so as to reduce the conflicts leading to their
demise. With numerous American and European funded projects already
being attempted to reduce this decline, we feel that the WildiZe efforts
stand out by being inclusive of these local communities and our efforts
to address systemic change across the continent.

Mt. Kasigau is the most northeastern mountain in the Eastern Arc
and Coastal Forest Biodiversity Hot Spot in Kenya and a priority for
conservation. These ancient crystalline mountains have a high species richness
and compared with other hot spot locations have a high concentration of endemic
species and among the highest degree of habitat fragmentation and loss (Newmark
2002). Moreover, the Taita Wildlife Corridor between Tsavo East and Tsavo West
National Parks has long been a focus for wildlife conservation, however without
coordinated efforts. Perhaps because of the mountain's isolation and the very rigorous
climb to its summit (from 600 m to 1641 m in about 2 km), little is published
about Mt. Kasigau and the Kasigau, Taita, and Kamba people living around its
base.

This
region consists of 5 local communities- Jora, Kiteghe, Rukinga, Bungule and
Makwasinye- tucked between Tsavo East and Tsavo West National Parks. These communities struggle to meet
their continued needs, while also facing escalating human-wildlife conflicts. Each community on average is around two
thousand citizens, and collectively they are trying to eke out a living in
trying conditions.

The residents of Kasigau
are subsistence farmers whose food security is frequently hampered by increasing
droughts and frequent wildlife incursions. The inability to rely entirely on
their farms has forced these people to resort to other modes of survival such
as charcoal burning, sand harvesting, gemstone prospecting and illegal hunting,
all of which threaten their habitat. Ironically, the surrounding Tsavo National
Park and other privately owned ranches have been making good businesses from
eco-tourism activities.


In
this vein, WildiZe is coordinating an extensive Kasigau Regional Initiative,
focusing on additional greenhouses, water catchment systems, improved
accessibility to existing schools, and implementing Waste Management systems. These efforts will help to improve the
quality of life throughout the Kasigau region, while affording greater accessibility
to food and water resources, which in turn would provide food security for
people, while providing the further benefit of reducing human-wildlife
conflicts.  Furthermore, WildiZe is
attempting to make this a full corridor project, by not treating each community
in isolation from the other, but rather as a larger whole, to bring positive
impact for the entire citizenry, both human and wildlife, in the Mt. Kasigau
region. 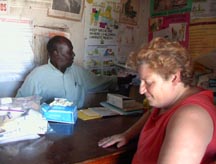 Board of directors
as of 06/03/2016
SOURCE: Self-reported by organization
Board co-chair

Former US Ambassador to the Republic of Cyprus